Story Syndicate is the brainchild of Emmy and Oscar-winning filmmakers Liz Garbus and Dan Cogan, who founded the company in 2019 in the light of a new and fast-evolving media landscape. In a short time, Story Syndicate’s DUMBO-based production staff has grown to over fifty, while our core team consists of roughly ten producers, creatives, and specialists who span many projects. 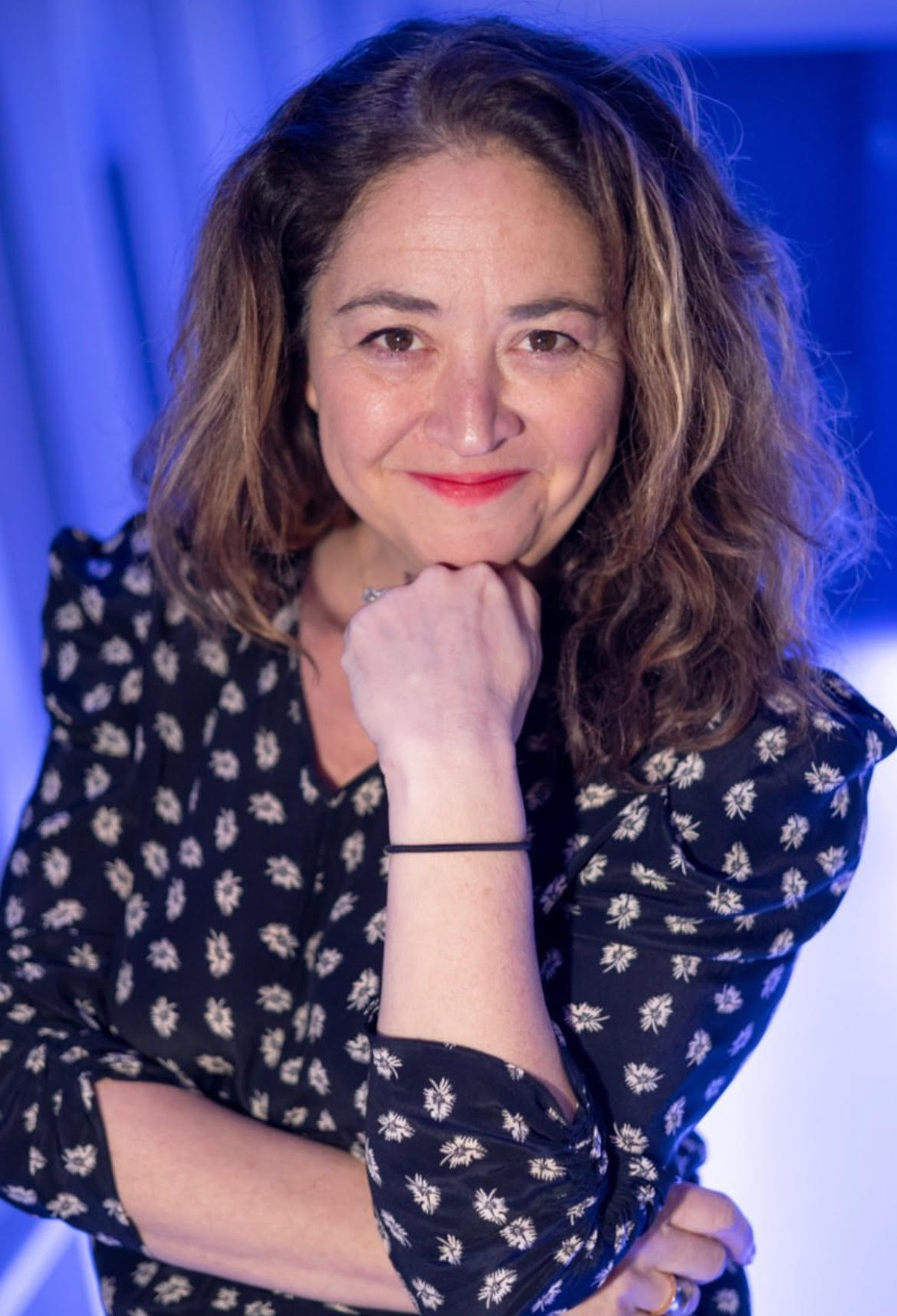 Co—Founder
Liz Garbus
Two-time Academy Award®-Nominee, two-time Emmy Winner, Peabody Winner, Grammy Nominee, DGA Nominee, and BAFTA-nominated director Liz Garbus is one of America’s most celebrated filmmakers, renowned for her documentary work and also for her breakthrough scripted feature and television debuts.  Her work has been featured in film festivals from Sundance to Telluride to Toronto and the New York Film Festival and has appeared in theaters and across streaming platforms, as well as premium cable television. She is known for her propulsive, socially incisive storytelling across genres.  From THE FARM: ANGOLA USA to WHAT HAPPENED, MISS SIMONE? to I’LL BE GONE IN THE DARK, Garbus has created some of the most iconic documentaries of our time.
Read Full Biography +
BECOMING COUSTEAU, Garbus’ latest feature, explores the life and legacy of adventurer, filmmaker, inventor, author, unlikely celebrity and conservationist, Jacques-Yves Cousteau. Garbus takes an inside look at Cousteau and his life, his ground-breaking films and inventions, and the experiences that made him the 20th century’s most unique and renowned environmental voice — and the man who inspired generations to protect the Earth. Garbus was nominated for a BAFTA for this film which is currently available to stream on DisneyPlus.

In 2021, Garbus had her scripted television debut, directing the Season 4 finale of the critically acclaimed Hulu Original series THE HANDMAID’S TALE. Garbus was nominated for a Primetime Emmy award for directing the episode.

Earlier work includes ALL IN: THE FIGHT FOR DEMOCRACY, a prescient rallying cry about the fight for the right to vote, anchored by the story of Stacey Abrams, whose run for governor in Georgia became the subject of national controversy.  The film opened across the country during the pandemic in drive-ins theatres and streams on Amazon Prime.

Her celebrated seven part series I’LL BE GONE IN THE DARK (HBO, 2020), based on the best selling book of the same name, explores writer Michelle McNamara’s investigation into the dark world of a violent predator she dubbed the Golden State Killer. Terrorizing California in the 1970s and ‘80s, the Golden State Killer was responsible for 50 home-invasion rapes and 12 murders. Using stylized visuals subverting the conventions of the traditional true crime documetrary, the series gives voice to the survivors and their families, documenting an era when sex crimes were often dismissed or hidden in shame.
‍
LOST GIRLS (Netflix, 2020) is Garbus’ narrative feature debut, starring Amy Ryan, Gabriel Byrne, and Thomasin McKenzie. When Mari Gilbert's daughter disappears, police inaction drives her own investigation into the gated Long Island community where Shannan was last seen. Her search brings attention to over a dozen murdered sex workers Mari will not let the world forget. LOST GIRLS premiered at the 2020 Sundance Film Festival and was released in theaters and on Netflix in 2020.

Garbus’ two-part documentary, WHO KILLED GARRETT PHILLIPS? (HBO, 2019), examines the 2011 murder of 12 year-old Garrett Phillips and the subsequent trial of Oral “Nick” Hillary, a black man in a small rural mostly white community. The series documents Garrett’s grief-stricken family and community relentlessly seeking justice while Hillary fights to prove his innocence. The case illuminates how justice is delivered and delayed in the US criminal justice system. “[Garbus] meticulously and even masterfully brings its viewers to this very place of angry exasperation, laying out the narrative details of a botched murder investigation that some of us might have been vaguely aware of, if at all.” (Washington Post).
The limited series THE INNOCENCE FILES (Netflix, 2020) details the personal stories behind eight cases of wrongful conviction that the Innocence Project and organizations within the Innocence Network have worked to highlight and overturn. Garbus directed and executive produced the series along with Alex Gibney and Roger Ross Williams.

THE FOURTH ESTATE (Showtime, 2018) was nominated for a 2018 Emmy for Outstanding Documentary or Nonfiction Series, BAFTA TV Award, a Cinema Eye Honor for Outstanding Achievement in a Nonfiction Series, and a Humanitas Prize. “Engrossing...enthralling” (Washington Post), THE FOURTH ESTATE follows The New York Times reporters covering the first year of the Trump presidency, with unprecedented access and intimacy.

WHAT HAPPENED, MISS SIMONE?, (Netflix, 2016) was nominated for a 2016 Academy Award® for Best Documentary Feature, received a Peabody Award, and six Emmy nominations including Best Directing. It took home the Emmy Award for Best Documentary or Nonfiction Special. The film delves into the life of Nina Simone, drawing from more than 100 hours of never-before-heard audiotapes, rare concert footage, and archival interviews. 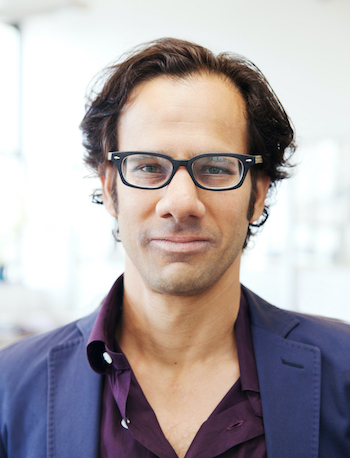 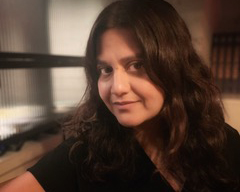 Mala oversees Story Syndicate’s production and business operations. Before joining in 2021, she held senior executive positions at Viacom and Sundance Channel. Credits include the Peabody award winning Brick City featuring Cory Booker, Spectacle with Elvis Costello, Iconoclasts, and other work with Michael Moore, Morgan Spurlock, and Al Franken among others. In addition to her work, Mala has served on the Board of the Producer’s Guild of America and the Advisory Board of Reelworks. 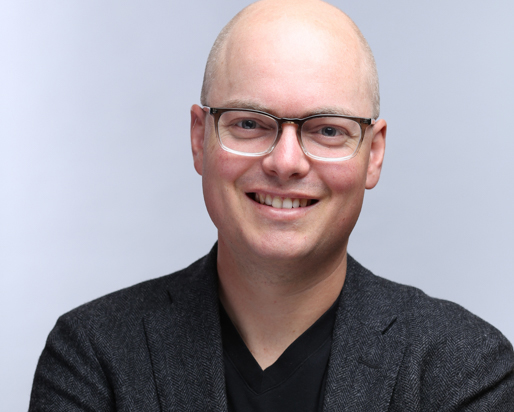 Jon is an Emmy-winning producer who oversees the creative development of Story Syndicate projects as well as the creative execution of all projects in production. In this role, he is responsible for developing and creatively overseeing series, feature documentaries, podcasts, and scripted projects. Prior to joining Story Syndicate, Jon served as VP of Documentaries and Specials at Discovery Channel. He loves to run long distances, travel far afield, and, most of all, relax at home with his wife Ali and their two girls, Esme and Sylvie. 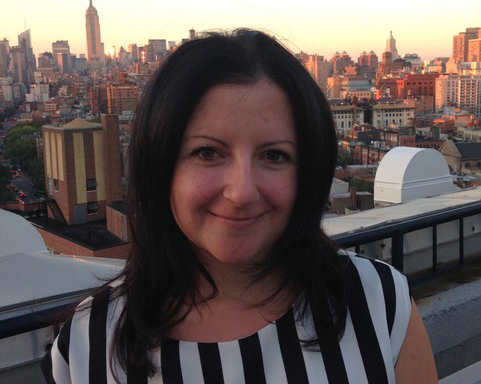 Kate oversees multiple projects and has been a member of the Story Syndicate team since day one. Her most recent projects include the Netflix Film Britney Vs Spears and the HBO Series I'll Be Gone in the Dark. Prior, Kate was Head of Production for PULSE (VICE) and a Production Executive for National Geographic Channel overseeing multiple series including the Emmy Nominated Series’ Cosmos and Brain Games, and produced multiple Emmy nominated films and series for HBO. Kate started her career in scripted film in NYC and Europe. 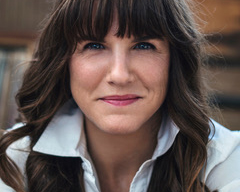 Nell oversees a number of documentary series and feature films at Story Syndicate. She has spent her career producing and directing premium documentary series for leading networks and streaming platforms, including The Fourth Estate (Showtime, 2018), The Innocence Files (Netflix, 2020) and The Me You Can't See (Apple TV+, 2021). 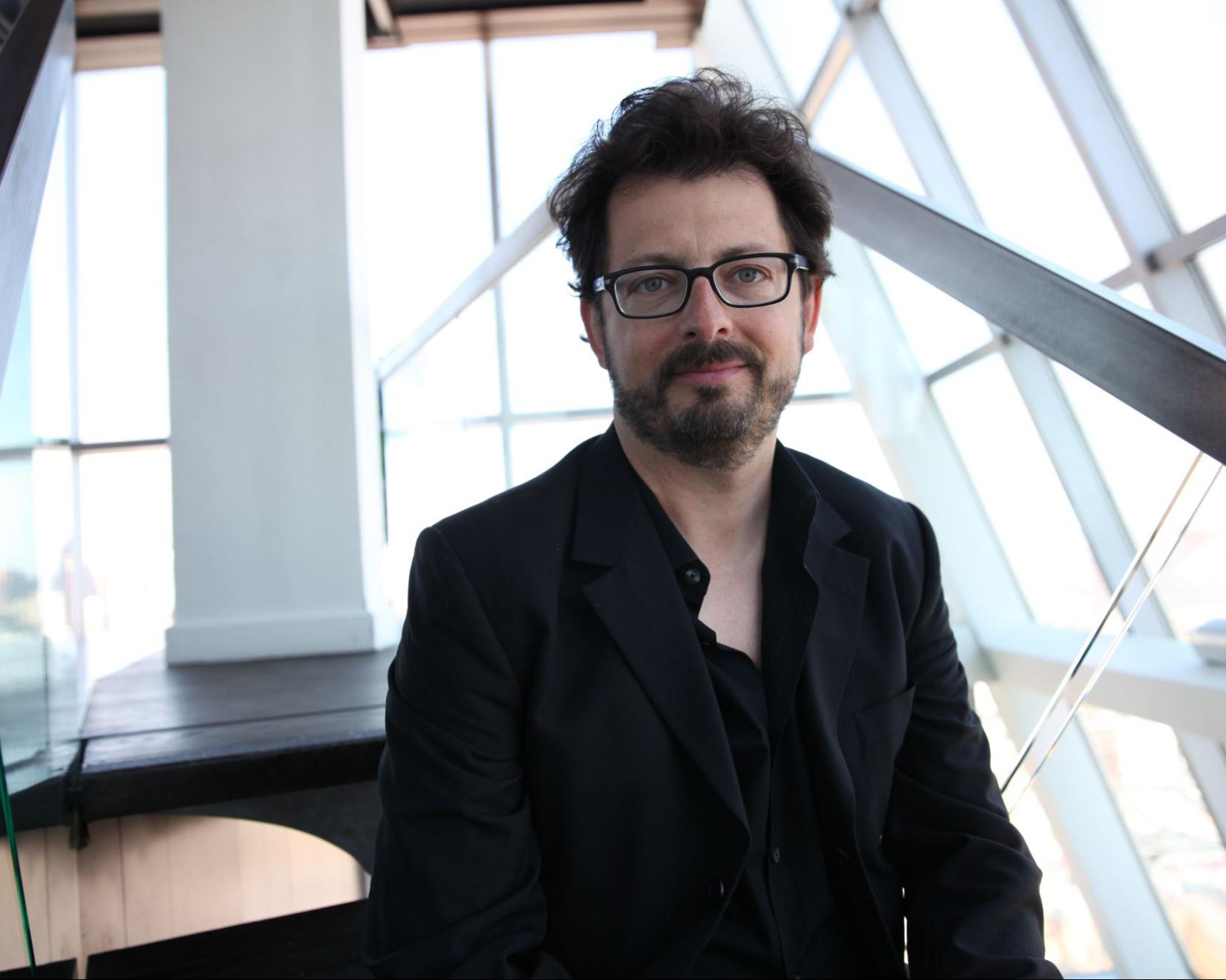 Jack is an Emmy winning filmmaker who oversees a number of documentary series and feature filmmaking teams at Story Syndicate on both creative vision and narrative structure. Jack had previously collaborated with Story Syndicate as the Emmy and WGA nominated writer on All In: The Fight For Democracy (Amazon). Other credits include: Take Every Wave: The Life Of Laird Hamilton (IFC Films and Hulu), Ethel (HBO), Ghosts Of Abu Ghraib (HBO), Mission Blue (Netflix), The Gene: An Intimate History and Cancer: The Emperor of All Maladies (PBS), and HERE. IS. BETTER., which premiered at the Woodstock Film Festival in 2021. 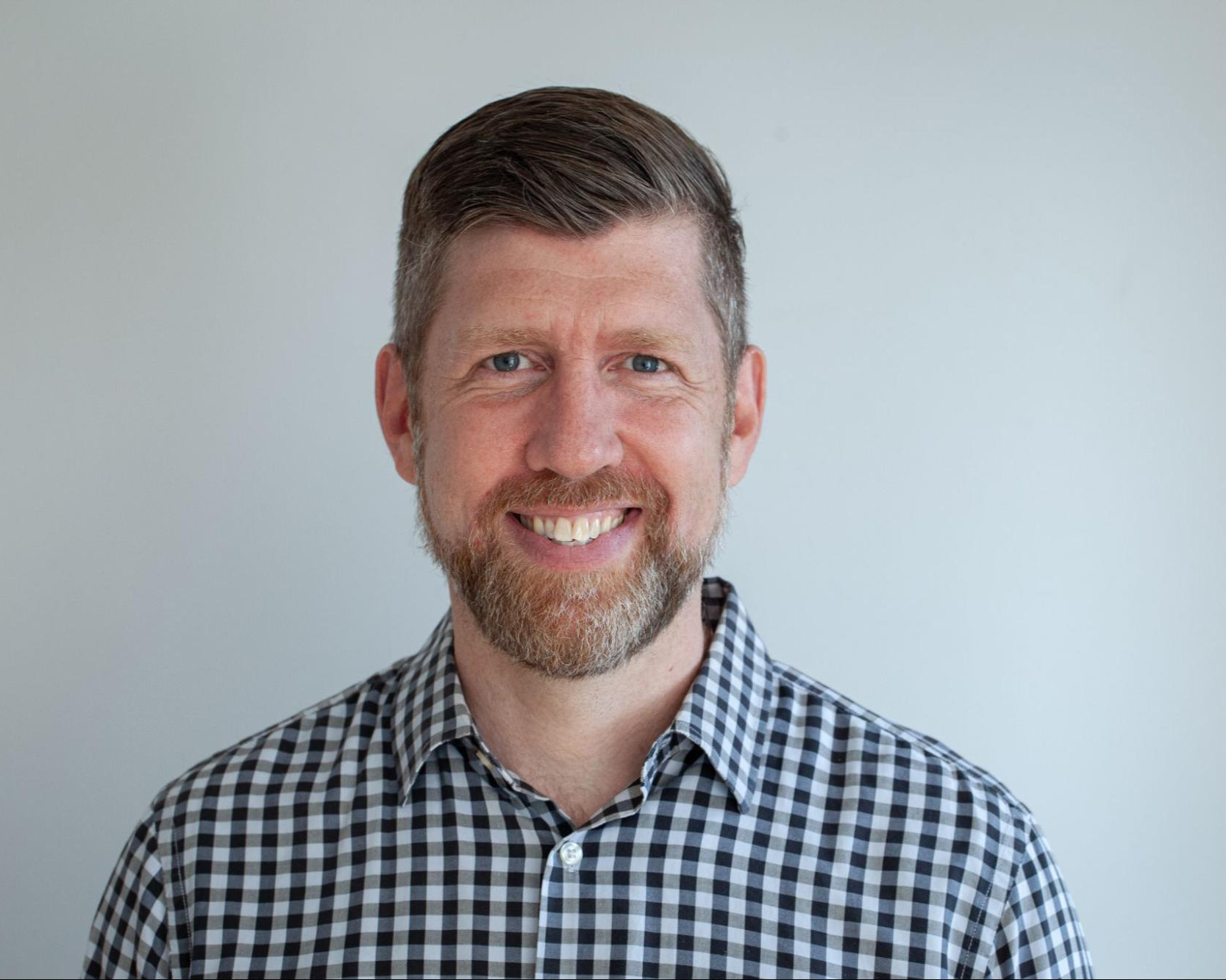 Shane manages the day-to-day running of the Story Syndicate Production Department.  Before joining this team, Shane was the VP of Production at VICE TV, overseeing and supporting development and series productions across doc-follow, talk shows, true crime, comedy, live specials and series.  His projects included American Boyband, the first two seasons of Bong Appetit, Cari & Jemele Won’t Stick To Sports, Desus & Mero, Desus & Mero Live Election Special, Dopesick Nation, Jungletown, My House, The Trixie & Katya Show and season three of Dark Side of the Ring. He began his career in commercial production before working on the network teams at MTV and VH1.