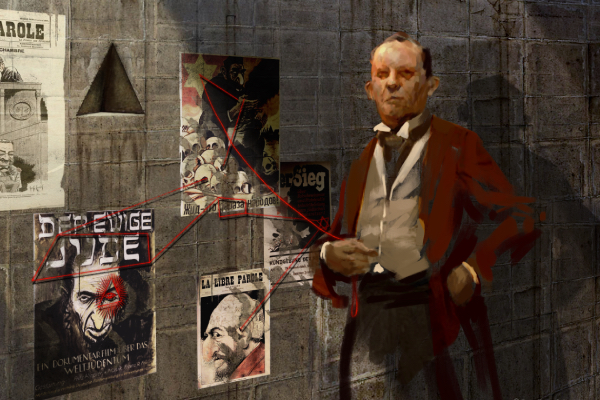 THE CONSPIRACY will explore various myths and inaccuracies that have plagued Jewish people and the Jewish religion through the centuries, and which have given rise to a unique prejudice that persists to this day. This documentary seeks to showcase the manner in which one of the most pervasive deceptions about Judaism of all time — that a dangerous group of powerful Jewish people equipped with mysterious powers control the world — can be traced through cataclysmic and violent events toward Jewish people throughout history and into the present. This film includes a mixture of animation and archival footage as it shows the evolution of these lies via the stories of different Jewish families throughout history.

Anti-Semitism Documentary ‘The Conspiracy’ in Production (EXCLUSIVE)
December 20, 2020 →
The Murders Before the Marathon

Eat the Rich: The Gamestop Saga